Somewhere in the near future, I’m hoping to experiment with building my first superheterodyne receiver. While I may be putting the cart before the horse in working on new receivers before putting up a proper antenna, until the weather kindly agrees to stay nice for more than one day at a time, it’s the soldering station for me.

An essential part of a superhet receiver, and the part I’m excited to experiment with, is the IF filter. The matching (or at least characterization) of the motional parameters of a few crystals is critical for filter design, so to that end, I put together a simple test oscillator a la G3UUR to try matching some crystals.

The G3UUR is a simple Colpitts oscillator with a buffer, which you are intended to attach to a frequency counter. A small bit of machine header allows for the insertion of individual crystals for testing. A SPST switch allows for one lead of the crystal under test to either be shorted to ground, or grounded through a small capacitor. By measuring how much the frequency of the crystal is pulled by added extra capacitance to the oscillator, we can calculate some basic parameters of the filter, namely the equivalent series capacitance and inductance.

The circuit went together fairly simply using parts out of my junk box. This was my first time trying out “island pad” construction, making isolated islands on the copper clad with a drill or scribe. W2AEW has a nice example of planning island pad layout starting around 1:45 in this video, and Jack K8ZOA has a really nice write-up of the construction process on his Clifton Laboratories page.. Here you can see my sketching process as I roughed out the transition from schematic to island pad layout. 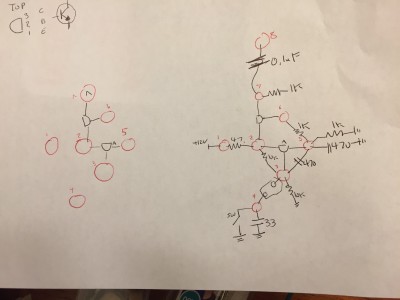 Since I don’t have a nice diamond core drill bit as suggested by others, I made my own sloppy island pads using a engraving bit and my cheapo Harbor Freight knock-off Dremel. Though it’s not a particularly high powered tool, it eats through the copper on copper-clad with ease. Would definitely use this method again, it was tremendously easy. It also allows for the creation of oddly shaped islands, sad for making loops to attach power or ground leads to.

With the board carved up, it was easy enough to solder the components in place. I turned my iron up to 850 degrees to help tack the components onto the copper board quickly, and the soldering process only took about 30 minutes. As a frequency counter, I’m using a cheapie “cymometer” I got from ebay. While not terribly robust, it’s easy to use and seems to give fairly good accuracy. 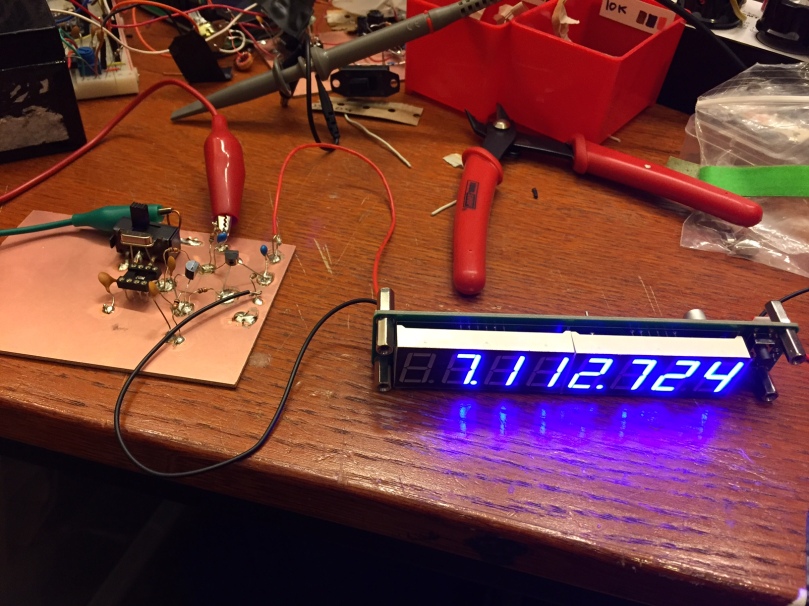 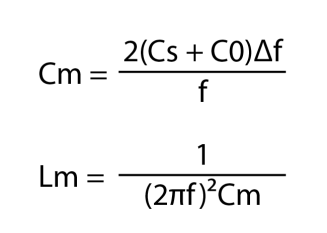 A quick experiment on a miscellaneous 9.838 mhz XTAL I had lying around gave results of 11 fF and 23.8mH, which are within the realm of possibility for a crystal of this size. More encouragingly, a June 2006 paper from Jack Smith K8ZOA suggests that the simple G3UUR method seems to give results within about 5% of more complicated and exact methods, like using a calibrated Vector Network Analyzer or performing phase comparisons of frequencies across the crystal.

Hopefully this is the first step toward building a “good enough” three or four crystal filter for a superhet receiver.