As wonderful as it was to ‘complete’ the Virgin Receiver and have a set of ears to start listening on, more and more I find myself wishing for the ability to change frequency and explore the 40m band a bit. To that end, I’ve been experimenting with hooking my Si5351-Based VFO directly to the Virgin as an easy way of giving it the ability to QSY.

(The VFO, as it happens, has a few more features nowadays, including being able to act as  WSPR beacon and having an auto-CQ mode. The code, as always, is on Github.)

Here’s the receiver as built: 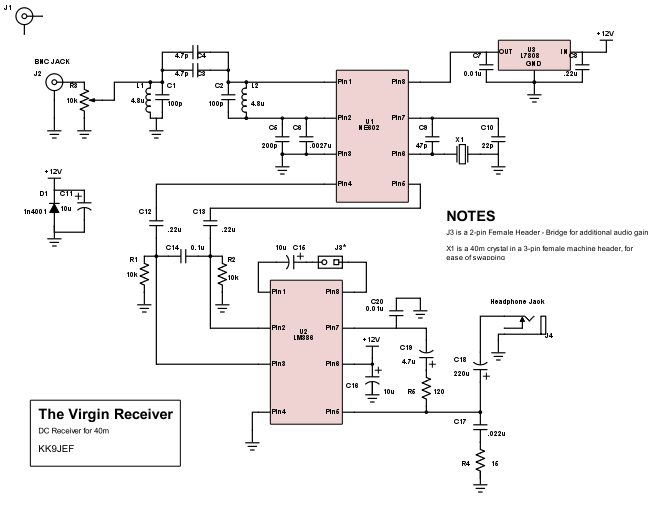 Jason NT7S dropped a hint in one of his older blog posts that the Ne602 likes to see about 300 mV p-p when being driven externally, and that a 10dB pad could be used to bring the Si5351 down to this level. To that end, I put together a quick Pi-attenuator consisting of one 120-Ohm and two 150-ohm resistors.

The longer red and white wires you can see attached to the pad connect to ground and the CLK0 output of the Si5351. Here’s the current setup, spread out on the bench. 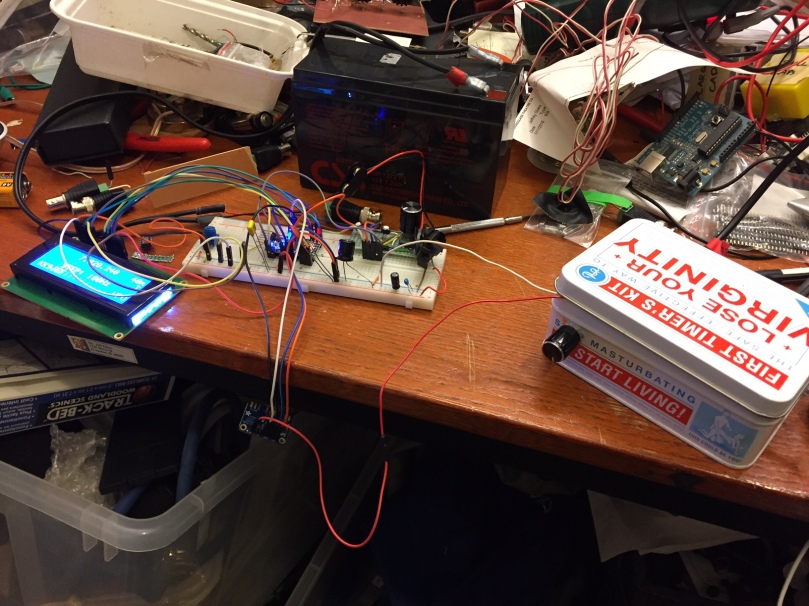 It’s already quite successful! I can scan up and down the 40m band and pick out CW signals pretty well. SSB signals are faint and pretty un-hearable. Unfortunately, for some reason, my receiver has also turned into an AM radio:

I think some kind of high-pass filter is in order here. There’s always been a bit of AM bleedthrough with this receiver, but given that the AM stations are attenuated by the RF Pot on the receiver, it seems like most of this signal is coming in through the antenna and not, say, bleeding into the audio amp.

Hear you (all around the band) on the air!